The Symbols of Olympic Games

Anticipating a high level of demand, BOCOG Executive Vice President and Secretary General Wang Wei reiterated that the ticketing process will be conducted in the most efficient, fair and open manner possible and will follow internationally-accepted practices.
BOCOG will initiate a three-phased ticketing process for domestic sales. In each phase, residents on the Chinese mainland will be able to order tickets through the official ticketing website (http://tickets.beijing2008.com), calling the BOCOG ticketing call center (+86-10-952008), or through designated Bank of China branches.
For overseas sales, the process will be determined in each country and territory by its National Olympic Committee and its ticketing agent.

Form of Ticket and Payment:

Souvenir tickets will be used for ticket orders fulfilled in Phases One and Two. Individuals will be prompted to collect their souvenir tickets at designated Bank of China outlets. Individuals who purchase tickets during Phase Three will receive thermal-printed tickets.
Payment will be required once the order is confirmed in Phase One. In Phase Two, payment is required together with the ticket order. Individuals may pay for tickets by using cash, a VISA card or by deducting the required amount from a current Bank of China account.

On the Chinese mainland, Phase One of the ticketing process will run from now through the end of September 2007. During this first phase, 50% of the total 2.2 million domestic tickets for competition sessions and the estimated 26,000 tickets available for the Opening and Closing Ceremonies, respectively, will be open to the domestic public.
Orders will be fulfilled through a process of ordering and confirmation by random selection. The first half of the period will be dedicated to collecting orders in which prospective ticket buyers indicate for which events they want tickets, and the second-half will be spent trying to determine whether the supply equals the demand for certain events. This approach provides everyone an equal chance of purchasing tickets that are in high demand.
From April 15 to June 30, individuals can place orders through the official BOCOG ticketing website, by submitting completed order forms to designated Bank of China outlets or by mailing a form to Beijing Gehua Ticket master Ticketing Co, Ltd. Forms will be available at all Bank of China branches, in newspapers and on the official website.
From July to August, 2007, tickets will be assigned to completed orders. For oversubscribed events, tickets will be allocated using a random computerized selection process.
A similar ordering process will be conducted in Phase Two, which will take place from October to December 2007. Remaining available tickets from Phase One and the other 50% of the competition tickets for sale domestically will be open to the public during this period. Tickets can be ordered through the official website, at designated Bank of China outlets or the ticketing call center, but in this phase tickets will be allocated on a "first-come, first-serve" basis.
A real-time sales process will be conducted in Phase Three from April 2008 until the end of the Olympic Games where tickets will be issued directly upon payment.

During the press conference, BOCOG officials underscored their commitment to providing a wide cross-section of society the chance to enjoy the Games and gave their assurances that they will maintain a fair and transparent sales program.
In all Olympic Games, the number of Opening and Closing Ceremonies tickets on-sale to the general public is restricted by the seats needed to be provided to a number of constituent groups involved in organizing the Olympic Games, including the media and official delegations, and by those seats taken up by equipment to produce the ceremonies.
For Beijing 2008, 40 percent of the estimated 60,000 Opening Ceremony tickets on sale to the general public, or about 26,000 tickets, will be available to residents of Chinese mainland. This represents a seven percent increase over the 33 percent of Opening Ceremony tickets available to European Union residents during the Athens 2004 Olympic Games.
To offer the largest number of people the opportunity to watch the Olympic Games, BOCOG will limit the number of tickets each individual may purchase. Each person may only purchase one ticket for the Opening and Closing Ceremonies. Individuals are limited to two tickets for high demand competition sessions. Individuals will be limited to three-to-five tickets for other competition sessions according to demand for those sessions.
Tickets for Opening and Closing Ceremonies are not transferable indiscriminately. Those who wish to transfer tickets for Opening and Closing Ceremonies will need to follow BOCOG's ticket transfer policy, which is currently under development. 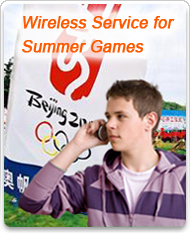 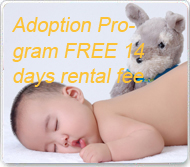